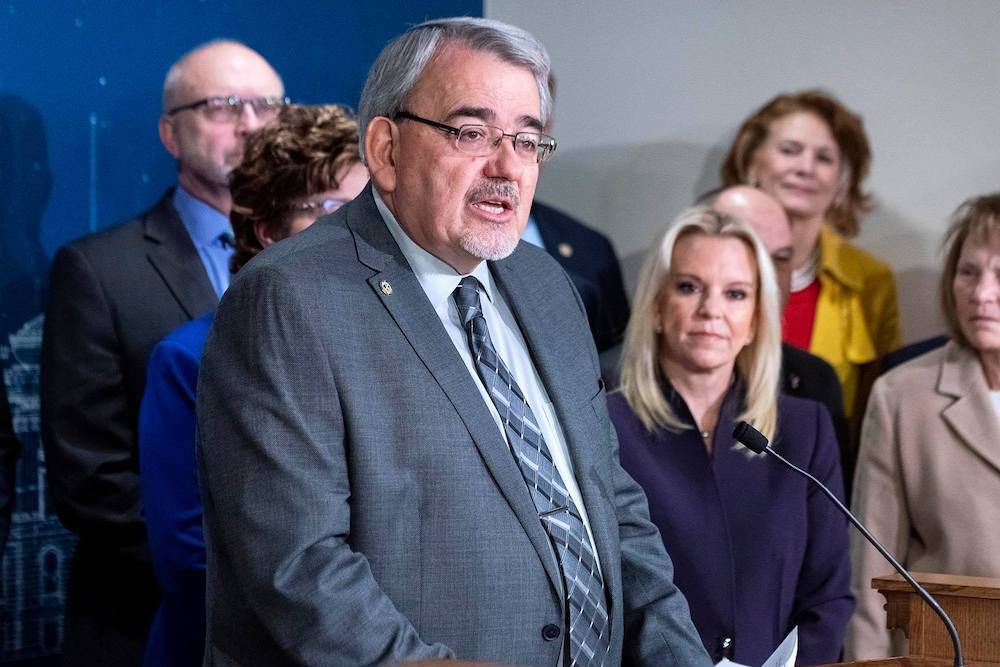 Sen. Bill Weber posted a video to his Facebook page last month where he discussed his reaction to Tru Shrimp choosing to set up in South Dakota instead of Minnesota. He placed the blame on the Minnesota Pollution Control Agency (MPCA) and its use of a test called specific conductance, which researchers have called outdated.

Weber said that the Minnesota Pollution Control Agency created an issue for the City of Luverne, and its ability to meet limits that the MPCA set for specific conductance.

Specific conductance is an issue that was brought up decades ago and the test was developed as a result of being able to test electrical currents going through the water. At the time, there was no way to test for many of these elements. But what many of these elements have in common is their ability to conduct electricity.

In the past, Weber said that if someone had a high rating for specific conductance, MPCA would say “we don’t know what’s in your water, but we have the possibility of these elements that conduct electricity.” Farmers would use the information to determine which water they would use to water crops.

Testing capabilities have improved and now it’s possible to test for different chemicals and find out the specific levels. This has led to the point of view that specific conductance is “antiquated at best” and it means that even if a body of water meets all the parameters for various minerals and elements, they could still fail when it comes to the aggregate level.

“This issue should not be on the table today,” Weber said.

He spoke of a series of tests for specific conductance in for Class 2 and Class 3 waters conducted by the University of Minnesota in 2010, where their opinions were twofold: The test is outdated, and the MPCA was incorrectly applying it to permits which was affecting ag processing facilities in Minnesota.

“The information has been available for eight years and MPCA has not corrected the problem. As a result, we’re seeing hundreds of millions of dollars of investment and hundreds of great jobs go across the state lines,” Weber said. “The result of this specific loss of this investment and loss from Minnesota to South Dakota lies squarely on the shoulders of the MPCA.”

Want to get notified whenever we write about Minnesota Pollution Control Agency ?

Sign-up Next time we write about Minnesota Pollution Control Agency, we'll email you a link to the story. You may edit your settings or unsubscribe at any time.

Organizations in this Story

Sign-up and get latest news about the courts, judges and latest complaints - right to your inbox.

By signing up you agree to receive email newsletters or alerts SW Minnesota Today. You can unsubscribe at any time.